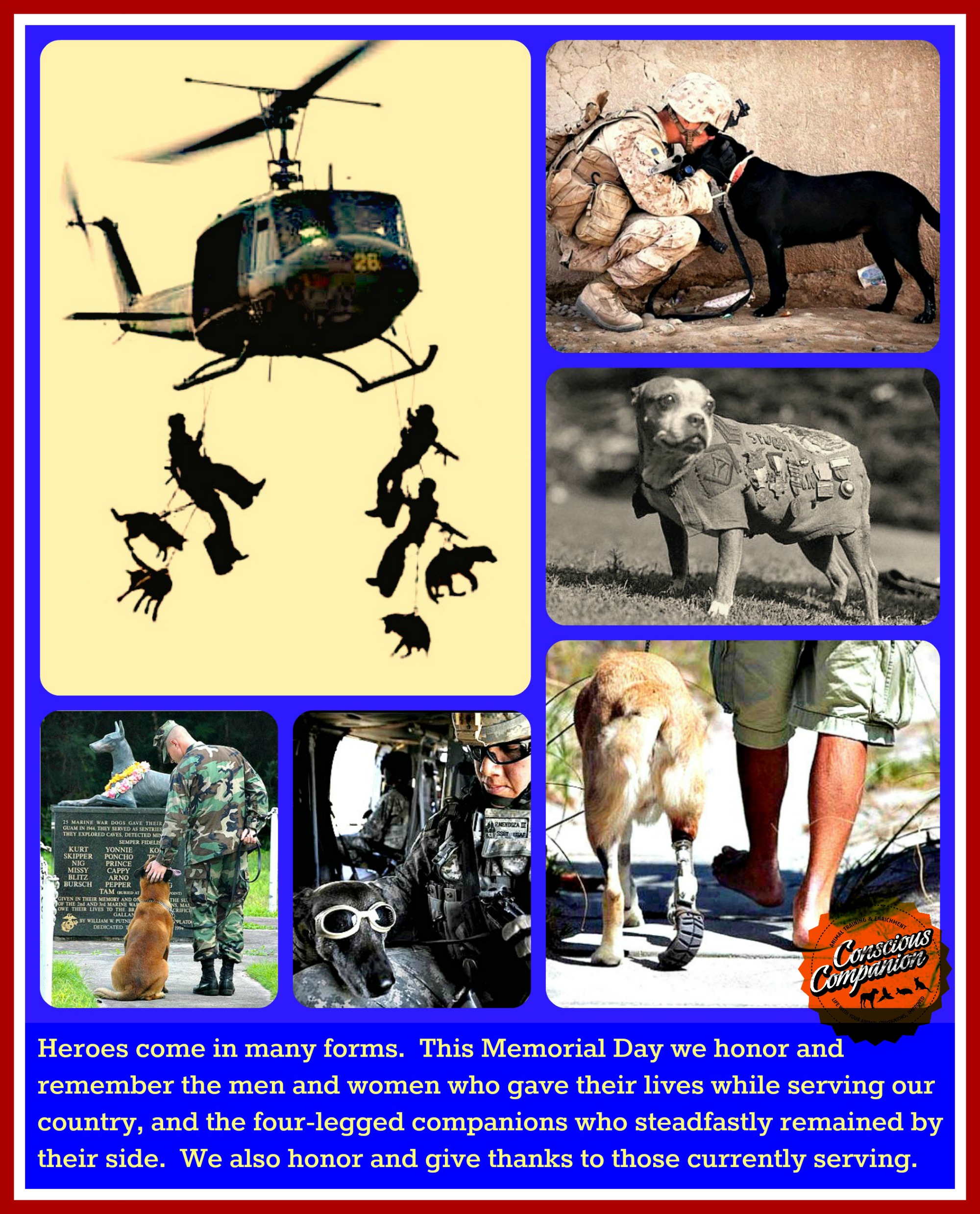 In every military conflict in our nation’s history, there are stories of heroes.  Many of these heroes walk on four legs.  Some had wings.  For decades, dogs and horses have served our nation by playing vital roles as mascots, guards, trackers and even mine detectors, saving thousands of human lives.

Other species of animals served, too.  Along with dogs and horses, donkeys, mules, and camels carried food, water, ammunition, and medical supplies to soldiers on the frontlines. While both dogs and pigeons carried messages.  Canaries were used to detect poisonous gas, and both cats and canines were trained to hunt rats who infested in the trenches.

Thankfully we are not reliant on these outdated methods these days.  And gratefully, there are laws to protect animals from these harsh conditions. Companion animals who serve along side soldiers are completely deserving of the respect and honor we give to human soldiers of both sexes.  In fact, all of the dogs I have seen/worked with who are trained for service in wartime are loved like a family member.  They are considered royalty.

But this was not always the case.

After you read this short post, google “animals who fought in war” and then fine tune your search for “images”.  It’s mind-boggling and disturbing seeing what we have done over the centuries.  -All of these animals deserved better.  May we learn from history and not repeat it.   This short post serves to highlight just a few of the species who were forced to serve, and to see how far our nation has come with regards to compassion for companion animals.

Sending animals to war seems, today, somehow even more awful than sending people to war.  But in 1914, there was little room for that sentiment.  Animals were considered absolutely essential to the war effort, and they had to be sent – millions and millions of them, by the time the war was over.  Most were horses and mules, though dogs, pigeons, camels, and even water buffalo and elephants were also found in some theatres of the war.

Horses have served in many wars, but the staggering number of equine companions killed in WWI was unparalleled; over eight million horses, and countless mules, and donkeys were lost in the war. The horses suffered terrible conditions, and were killed most often on the front lines by machine gun fire and gas attacks. 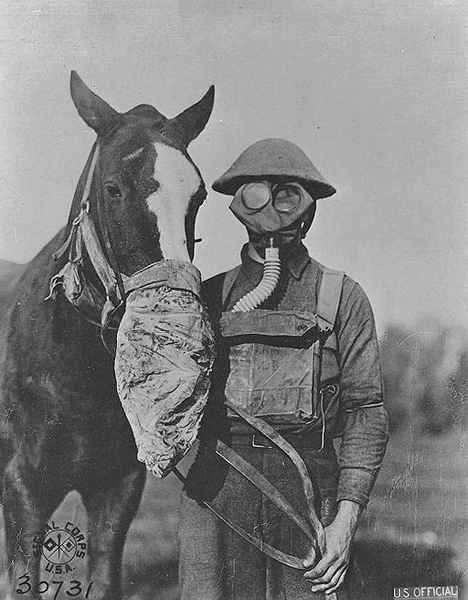 Horses and their counterparts also helped carry food, water, ammunition, gas masks and medical supplies in supply wagons over long distances and rough terrain to the allied forces on the front lines.

Medals of Honor for Humble Heros

“For Gallantry. We Also Serve,” reads the Dickin Medal, a medallion awarded to animals the work of animals in wartime.  The medallion was created by Maria Dickin in 1943 to honor the work and often, sacrifice, of animals in World War II.

Canines have also been awarded medals of honor.  Our family and USMC command team had the honor of awarding this incredible soul with her first medal at her retirement ceremony.   You can see more of Lady and get a sneak peak into the window of her world HERE.

Great as has been the success of the American gun horse, still greater, though perhaps less appreciated, have been the war qualities of the American mule … probably the most serviceable and satisfactory animal used in the war.

The central focus of the Brooke USA Horse Heroes are the animals themselves – the horses and mules who lived and died on the battlefield.  You can see why these animals will live forever, as we remember and honor them by appreciating how much their sacrifices meant to the outcome of the war. You can learning about them here.

Cats are often overlooked when it comes to military animals, but our feline friends have always been by man’s side.  During WWI and WWII cats were very much a part of the naval service – both here in the States and abroad.

Remember ALL who Serve.

This Memorial Day weekend, please remember to honor the men and women who have selflessly and courageously served, and the animal heroes who served their side. 🐴🐾🐈🐕

Thank you ALL for your service! 🎖🏅

While we honor the ones who died so we can live, let’s commit in our hearts to the creation of a world in which war is no more.

“We must challenge the belief that war is inevitable.” – D.Kucinich

I Am a retired zoologist, professional animal behavior consultant, and published author. Enhancing the human-animal bond and supporting conservation are two of my greatest passions. I am also an Intuitive Empath and an Energy Healing Practitioner who utilizes Light Language for healing. Through blending science and spiritual truths, I enjoy inspiring, uplifting educating and unifying others. As my Cherokee heritage teaches, We Are One!